Jayesh’s Disability Couldn’t Stop Him From Driving A Nexon

Jayesh, a car enthusiast living in Kasargod, Kerala lost control of both his legs when he was just 6 months old. He was one of the victims of polio related disabilities, but that’s not keeping him away from his love towards cars. How can a disabled man, drive a Nexon?

He then purchased a Maruti Suzuki Alto, which he managed to drive with special features. Then he moved to Tata Nexon to experience more comfort, power, and most importantly safety. I really don’t want to take more risks in my life. I love to drive 10 long hours a day, and I want to make sure I own a safe car.—Jayesh.

Well, Jayesh isn’t really a mechanical engineer to develop his own superpower into his favourite car. He completed his diploma in computer science engineering and he’s now working as a consultant. After working hard to get authorities approval for over 12 years, Jayesh finally succeeded in finding out the legal method to implement special features in his car so that he could drive 10 long hours visiting his favourite destination. Freedom of driving is actually a privilege. We can’t always keep depending on people to get us moving—Jayesh.

He found a team of passionate people developing and manufacturing solutions for disabled car lovers. He finally purchased a system which had a lever with knobs in it. His Maruti Alto had a lever with the accelerator, brake, and clutch, all of it was integrated into one lever with multiple controls. When he moved to Tata Nexon, he approached the team to arrange his a new lever without clutch because he owns Tata Nexon XZA+ Automatic (Petrol Engine).

I love the comfort, safety features and the noise-free drive in my Nexon—Jayesh. Push the knob to accelerate and pull the knob to brake, that’s all it takes to drive his Nexon without having to approach the default accelerator and break. He mentions that it’s even smoother when it comes to hilly areas, It takes a bit of practice, but it becomes the new normal after some point of time.

Automotive Research Association of India (ARAI) located in Delhi is the right team to get in touch with, he mentioned. The developers or manufacturers of such mechanism which goes into the car has constant connection and authorization with the ARAI authority. The ARAI team will issue a letter to the customers like Jayesh with approval of mechanism or technology used inside his car. Jayesh then had to approach the local RTO with this letter to make this process completely legal.

I succeeded in doing that and I’m really happy about it. I’d recommend all the people like me to enjoy their driving freedom to implement this method.—Jayesh. It might sound a bit or hard, but it’s definitely worth a try considering the result. It took him just 500 rupees to register it with the local authority. The Kerala RTO did categorize his car into “Invalid Carriage Section” to provide the approval and license to drive.

From the experiences, he shared with us, we clearly know that he’s a ninja. More interestingly, he’s going to drive all the way from Kasargod to Bhutan (approximately 7,000km to and fro) to inspire people. He believes that if he can pull off something like that, then it’s a clear example for people like him to adopt the same method to enjoy the freedom of driving. He’s already a great example for all the disabled people to push their limits, it’s important not to take the ability to drive for granted. 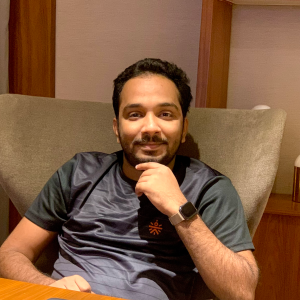 Copyright 2021 © WheelBHP, All Logos & Trademark Belongs To Their Respective Owners
Designed by 🔥 CodeSteak