Finally, BMW has listened to their fans after years. Now you can buy a BMW SUV with three-row seats. The 2019 BMW X7 is “HUGE ” that’s the first thing you will notice. Compared to BMW X5 it is 10 inches longer! It also features the largest signature kidney grille on a BMW ever. 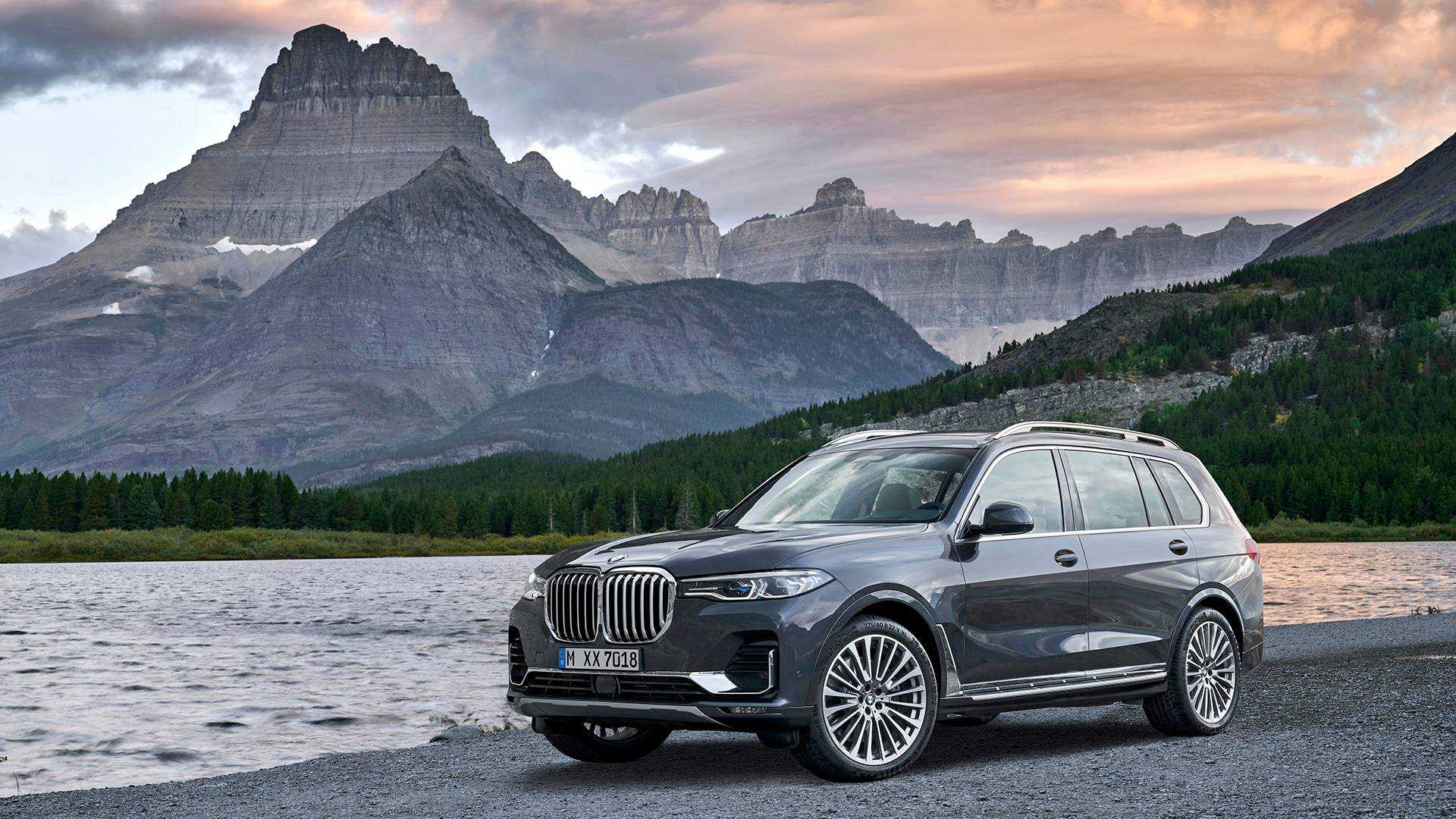 Just look at it and you will know that this is one massive SUV. The all-new X7 is 5,151mm long, 2,000mm wide, 1,805mm tall and comes with a wheelbase of 3,105mm. Up front, the headlights have gone thinner that with two-lamp design, along with LED daytime running lights. BMW also offers optional laser headlights. X7 looks very intimidating when seen right from the front with that massive grille. 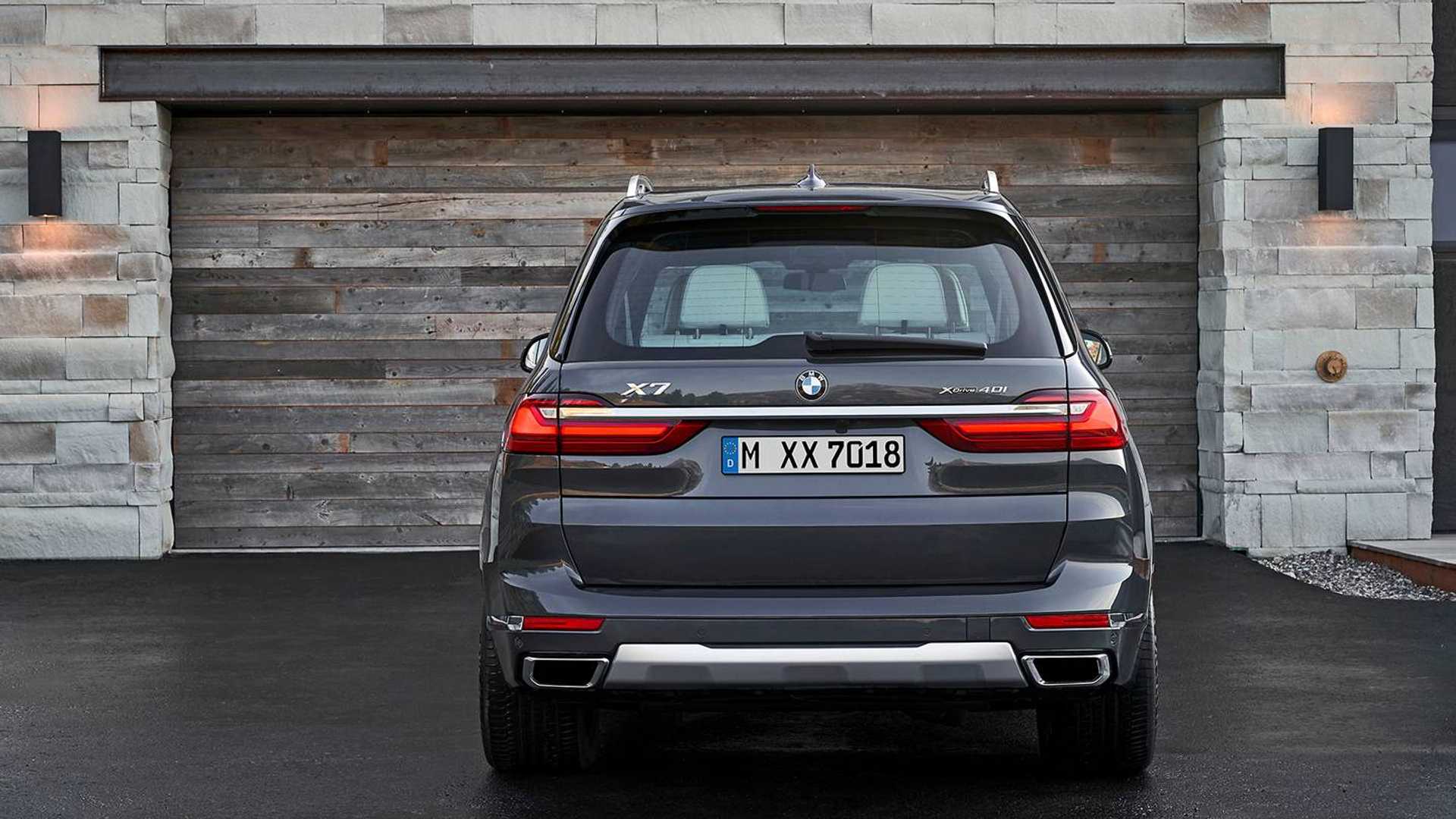 At the rear of the SUV, it gets a wide strip of chrome that runs between both the tail lights. It gets two big exhaust pipes. The rear lights are also thinner making it look sleeker. Boot space of 326-litre which can be further extended to an enormous 2,120-litres by folding the second and third row of seats. Ground clearance is 220mm to take this SUV over all the uneven roads or no roads.

Coming to the interior we can see that BMW is trying to portray itself as high tech company with so much tech inside. You get a blue and grey theme inside the cabin as seen in the photos. A 12.3-inch infotainment display which features the latest version of iDrive, with a voice-command system that responds when you say “Hey BMW.”

Driver’s dashboards also get a 12.3-inch screen for the instrument cluster. Vehicle modes, gears and the start button are placed on the centre console. 6 USB ports, a Wi-Fi hotspot is standard and wireless charging.  Five-zone automatic climate control with front and rear heated seats, a heated steering wheel, and even heated front seat armrests. You can also get the gear shifter made of crystal-clear glass if that’s something you fancy. 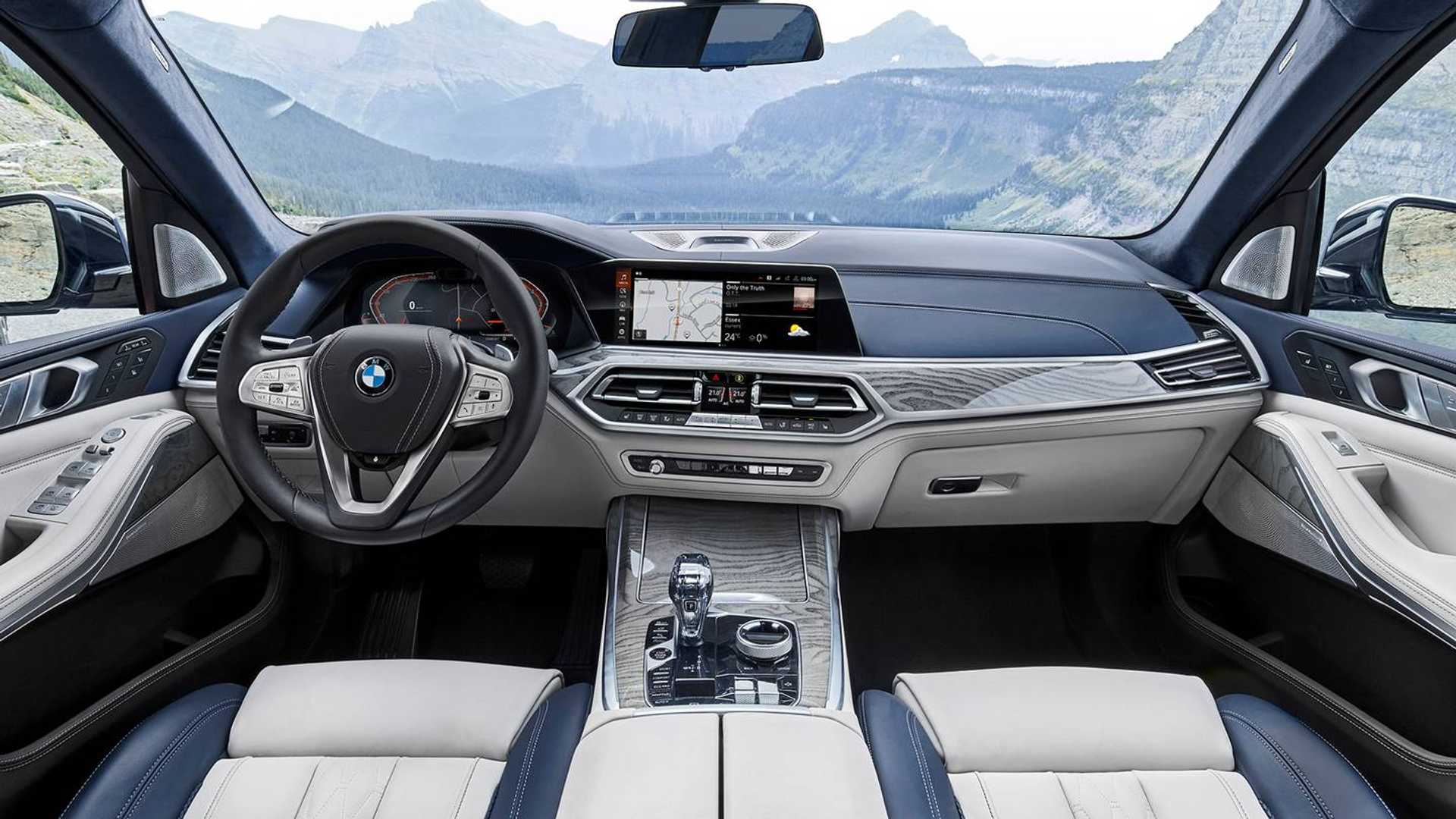 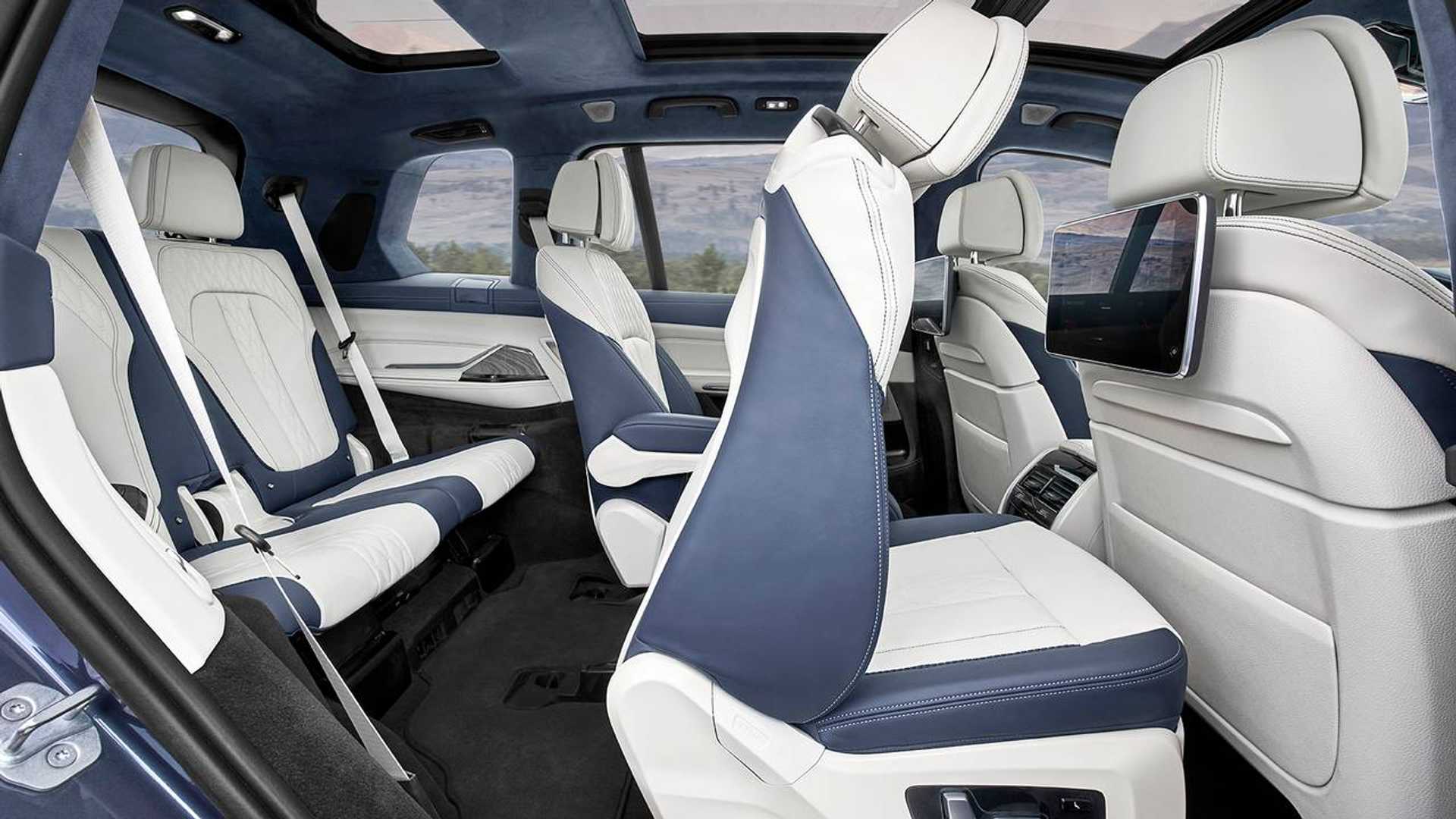 But the main focus here is the extra third row you get.  For the second row, you can either get the standard bench or opt for the optional captain seats. rear seats also get two 10.2-inch screens. You can make your phone as the car key with BMW Digital Key. All you need is NFC enabled phone with Android 8.0 or higher.

BMW offers the X7 with two engine options, xDrive40i or xDrive50i. xDrive40i will have a 3L inline-six producing 335bhp and 330 pound-feet of torque. It goes from 0-100 in 5.8 seconds. xDrive 50i will have a 4.4L twin-turbocharged V8, producing 456bhp and 479 pound-feet of torque. It hits a ton little faster in 5.2 seconds. Mated to an all-wheel-drive system and 8-speed automatic transmission. Transmission can disengage itself from the engine and allow it to ride at speeds between 4kmph to 160kmph when the car is in Eco Pro mode. 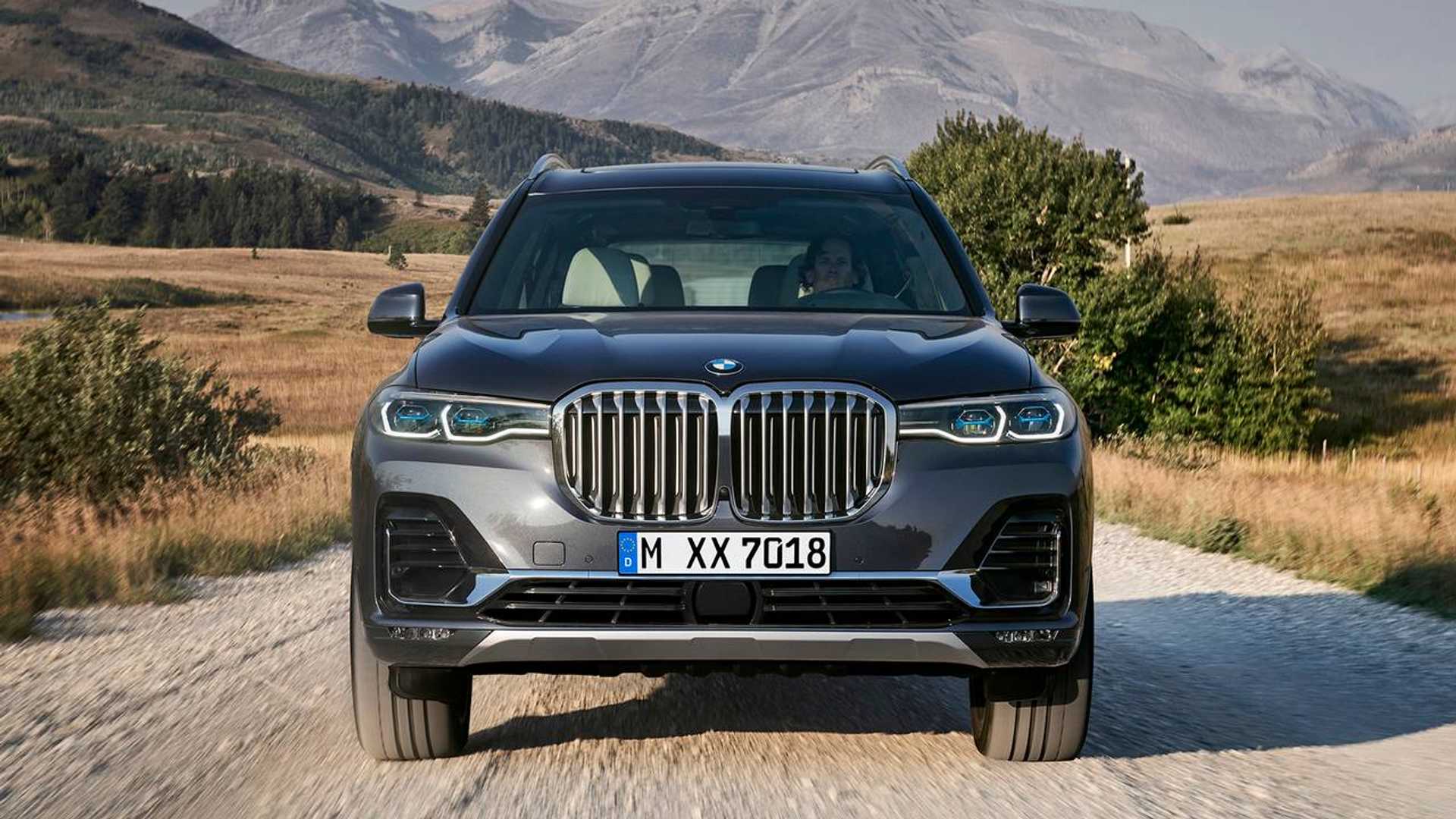 X7 gets a standard air suspension which can lower the rear end if you want to load some heavy cargo. Furthermore, You can manually raise or lower the ride height or it will auto adjust according to the mode you are in. Above 136kmph in sports mode, the suspension2019 BMW X7 Unveiled – Finally Gets Three Rows! automatically lowers by 20mm. Optionally you can get rear-wheel steering, shocks and active anti-roll bars, M-sport brakes and electronically locking differential. 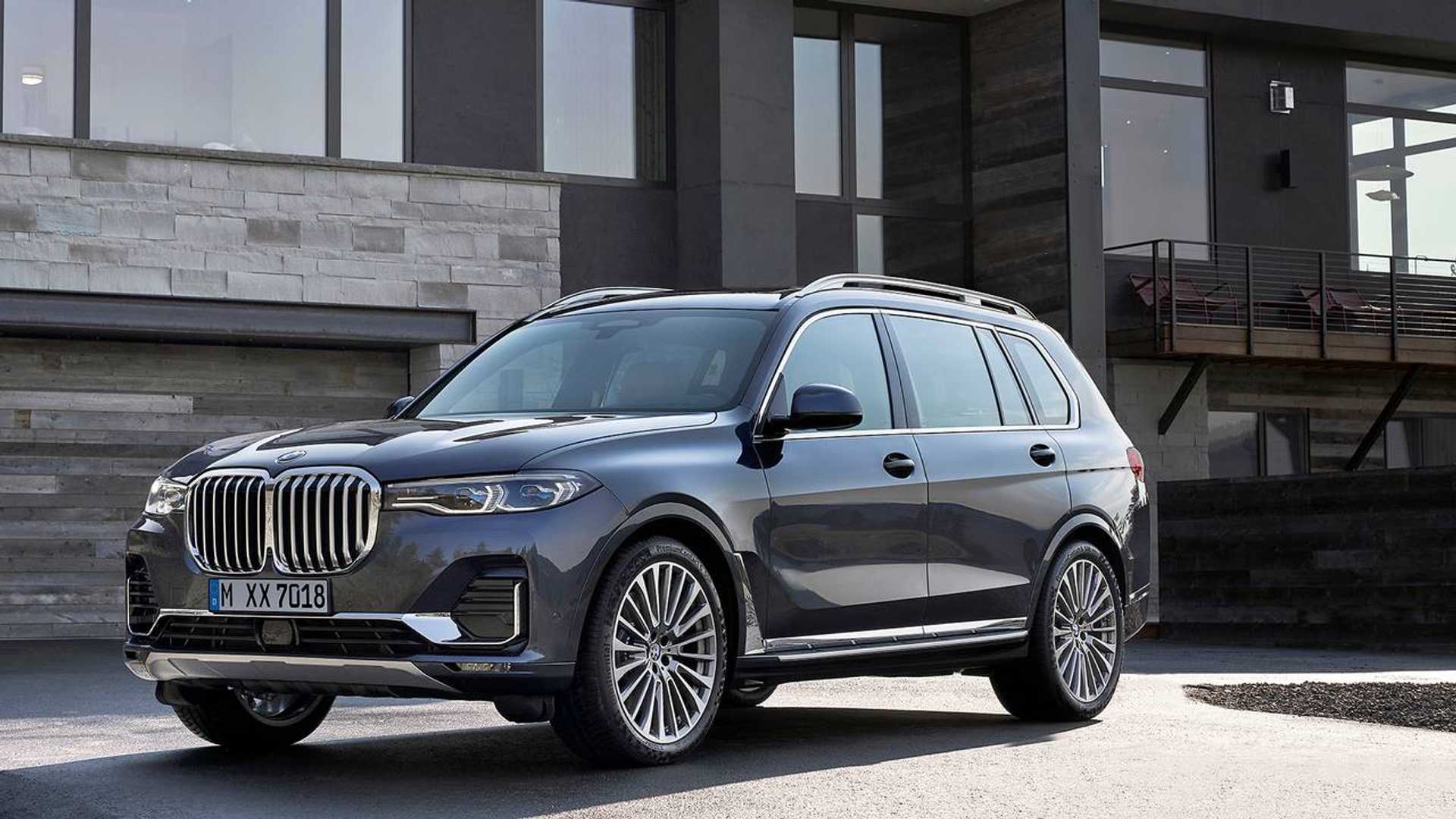